This is one of my favorite drills, my right-handed putting drill here on my putting green in Scottsdale, Arizona.

I love to play around the world putt with only my right hand, have that feel in my right hand, and hear that ball go into the cup. Try that the next time you're out on the putting green.

What I want to talk to you about today is my putter, what makes it so unique and so special - the Pyramid Putter.

Now let’s take a look at the face, The gear effect, and the milling, because this is what makes this putter so special and so unique.

But not with this putter. Let me show you it in action.

See It In Action

This first putt, let’s just setup with the ball in the center of the putter face right on that sweet spot. Make a good stroke here.

Now, let’s hit the same exact putt on the toe of the putter face. Let's see what happens here.

As you can see, that still stayed perfectly on line, that gear effect redirected that ball on line with that toe milling.

Now, let’s set up the heel milling. Again, it stayed perfectly on line.

Now that to me, when I first tried the Pyramid Putter was amazing. I think it is definitely a very unique concept and this is something that's going to help you make more putts. Trust me, you’re going to love it. 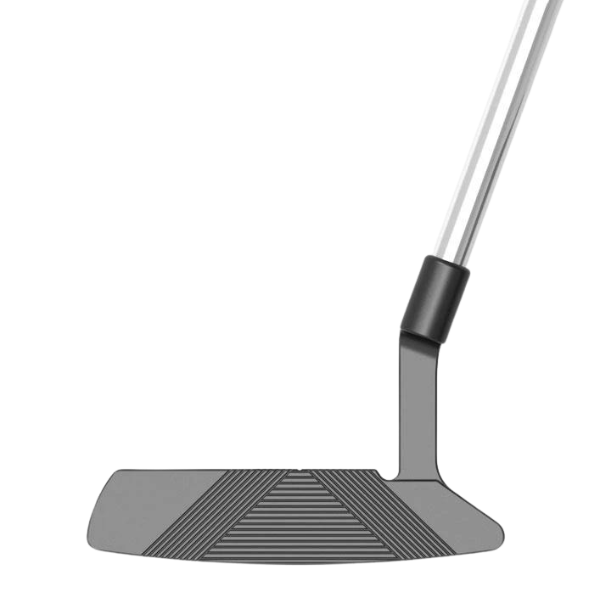 First time I stroked it I heeled the ball. Sent it to the left and watch it curve ever so slightly back on track to the right and holed the putt. This putter is awesome

Love the weight of the putter. It truly keeps the balls on track

The putter works just as it was advertised. I’m very happy with the feel and weight of the club.

The putter does everything they said it would do. My putting game has improved beyond belief. The 1st day out I shaved 8 strokes off my score. Broke 80. Looking forward to my next round. Thanx Pyramid.

The more I use it the better it gets. Making the short puts more often and making more of the long puts (10 feet plus) also.

The pyramid putter has a great feel, and gives a true putt each time.