A Golfers Guide to Chipping vs Pitching: What’s the Difference and How to Hit Each One 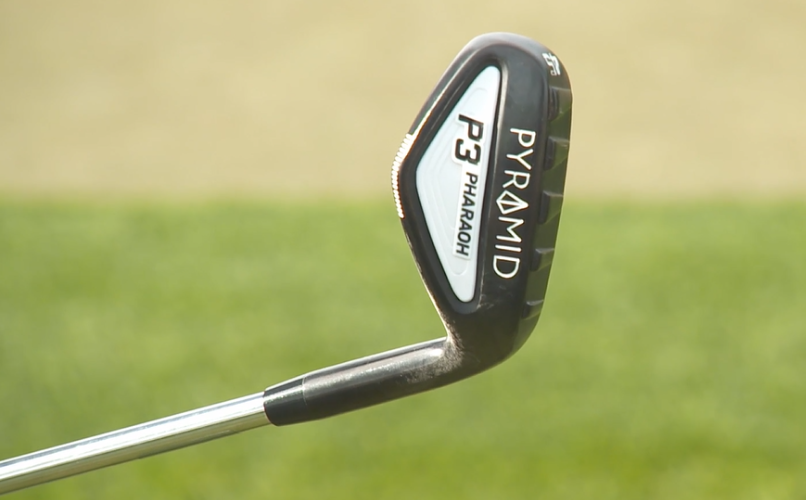 All golfers love to smack those massive, soaring drives, but the real skill comes down to what happens after you launch those monster shots; the short game.

If you land outside of the green, it can be very challenging to get the ball closer to the hole, especially if you land in the bunker or other difficult lies. For the most part, this is where chipping and pitching comes in - but many golfers are confused about various aspects between the two.

Topics Covered in This Guide

The Difference Between Chipping and Pitching

Knowing When to Chip vs Pitch

How to Hit Chip Shots

How to Hit Pitch Shots

The Best Club for Chip and Pitch Shots 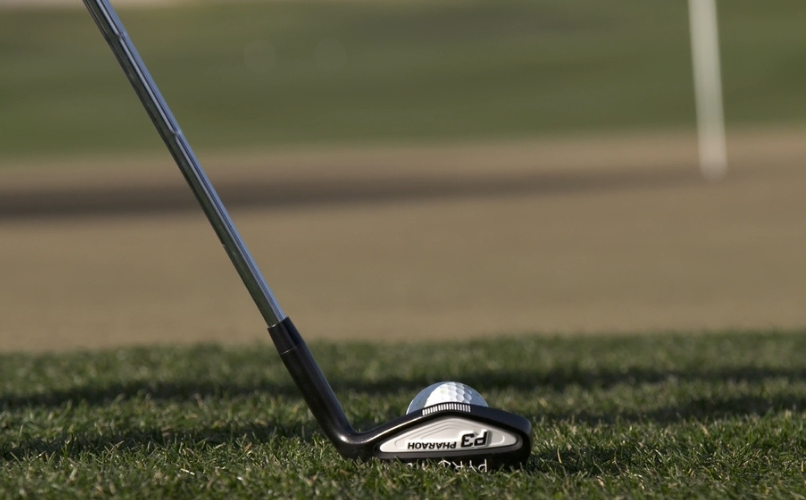 What is Chipping in Golf?

Chip shots are played low, close to the ground, and don't spend much time in the air. For the most part, chip shots are hit close to the green in instances where you don't want to carry the ball too far, but you do want a little bit of roll. In other words, a chip shot rolls farther than it flies.

What is Pitching in Golf?

Think of a pitch shot as a chip shot flipped on its head; a pitch shot is played from a longer distance, has a higher trajectory, carries the ball farther and longer than a chip shot, and has more bounce than roll. 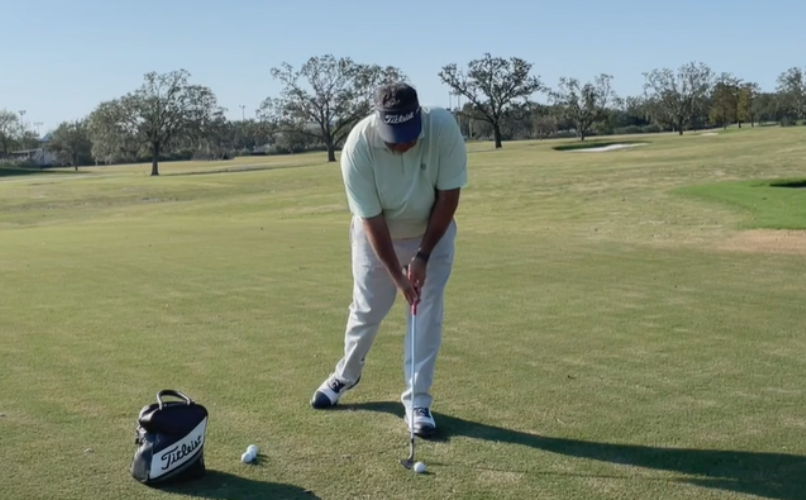 What’s the Difference Between Chipping and Pitching?

Although these short game shots are similar, there are four differentiating factors when it comes to chipping vs pitching; roll, distributing your weight, body positioning, and ball flight.

The lower trajectory of a chip shot causes the ball to roll up to where you want it to go.

The higher trajectory of a pitch shot results in the ball bouncing a few times before completely coming to a stop.

If you want to run the ball up to the hole, chip.

When chipping, place your weight on the lead foot to create forward shaft lean to achieve a clean, downward strike that hits the back of the golf ball. This will encourage the ball to roll towards the target.

When pitching, place more than half of your weight on your back leg to reduce shaft lean and catch some turf to get under the ball. This will encourage the ball to get more air and travel further.

To hit a chip shot, utilize your shoulders and lower body rotation to smoothly send your ball towards the hole.

To hit a pitch shot, use forearm rotation and wrist hinging to generate more power and clubhead speed. This in turn will get the ball up in the air to where you want it to go.

All in all, the main difference when it comes to chipping vs pitching comes down to ball flight.

Seeing as chip shots roll close to the ground more than they fly, they're more suitable for shots close to the hole but too far away to putt.

On the other hand, a pitch shot has a much higher trajectory and flies farther than it rolls, making it ideal for shots 3 - 30 yards from the green. 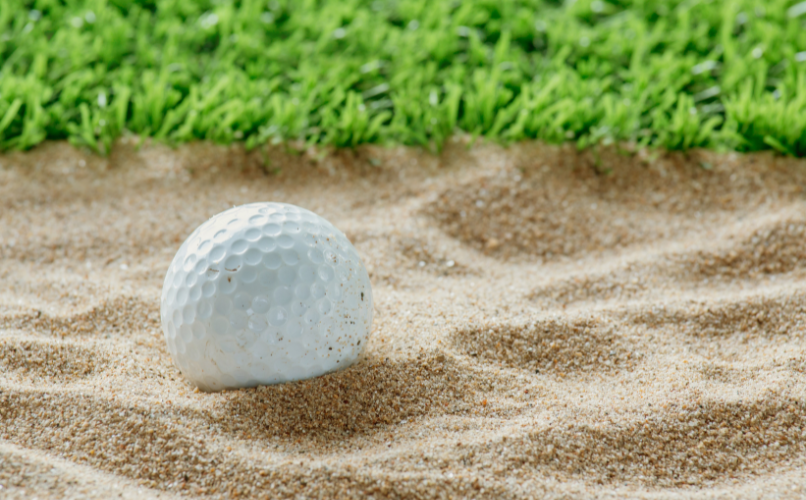 Knowing When To Chip vs Pitch

When deciding on whether to hit a chip shot or a pitch shot when playing short game, there are three things to take into consideration: carry, lie, and experience.

For the most part, if you don't need to carry the ball over any obstacles or hazards and are close to the green, go with a chip.

On the other hand, if you have to clear obstacles, stop the ball close to the , and/or the shot requires that you carry the ball, go with a pitch shot.

If the golf ball lands somewhere that you can clearly see the back of it, such as the fairway or short grass around the green, and make a clean strike, chipping is your best bet.

If your shot wasn't so lucky and the ball lands in a troubling lie, hit a pitch shot to get the golf ball out of the difficult area and somewhere you can make a clean strike.

Last but not least, if you're new to golf, get really good at your chip shot before trying to hit a pitch shot. Chipping is much easier than pitching. 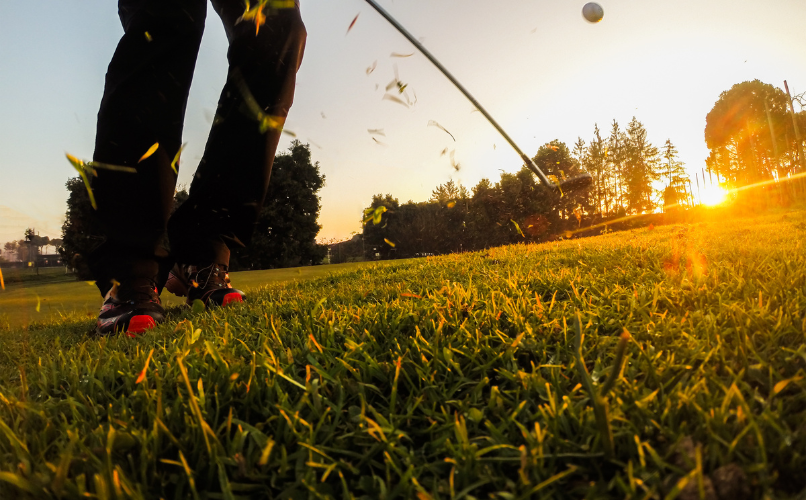 How to Hit Chip Shots

To improve your chipping, practice following these five steps.

To really judge distance and feel the club when hitting a chip shot, loosen up your grip somewhere along the lines of the grip you would use for a putt.

Step 2: Take the Time to Aim

Again, like putting, crouch down behind the shot to pick the line you'd like the ball to roll down. The idea with hitting a chip shot is to get the ball rolling on that line and let gravity do the rest.

When choosing something to aim towards, find a target that's closer to the ball than the hole and line your club face perpendicular to the target.

Step 3: Ball Position on the Back Foot

When chipping, place your weight on the lead foot to create forward shaft lean to achieve a clean, downward strike that hits the back of the golf ball. This will encourage the ball to roll towards the target.

Once your trail foot is in the chip shot position, bring your front foot so that it's almost touching the back. Shift your weight to your front leg in order to produce forward shaft lean to further promote a downward strike.

Seeing as too much forearm or wrist movement could negatively impact your chip and reduce accuracy, eliminate wrist hinge altogether and swing like a pendulum, using your shoulders and lower body rotation to swing.

Also, strike the ball with downward force for a lower launch so that the ball rolls farther than it flies - and keep in mind that a chip shot does not call for a full swing. 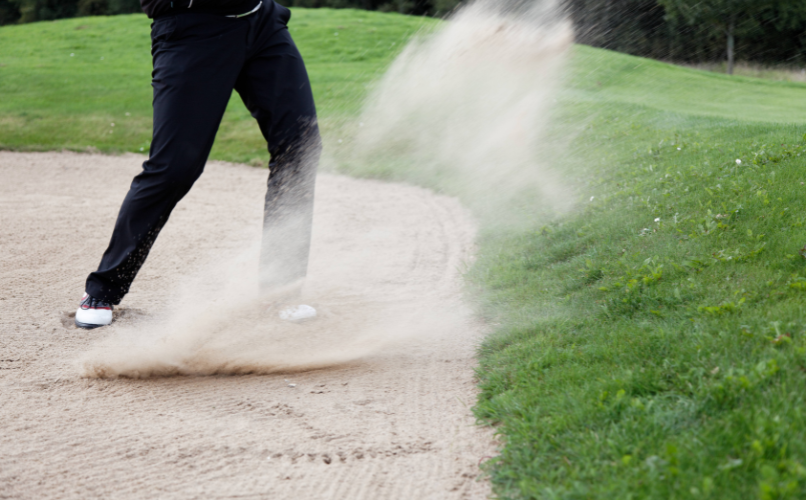 How to Hit Pitch Shots

Hitting pitch shots is similar to chipping with a few important distinctions, as outlined in the five steps below.

Unlike chip shots, you want forearm rotation and wrist hinge with your pitch shots to strike the ball with enough power to give it the right amount of spin and speed. Because of this, use a neutral grip when pitching.

Just like hitting a chip shot, take your time to determine where you want the golf ball to land when hitting a pitch shot and aim your club face perpendicular to the target line.

If you have to hit a pitch shot with a higher than normal trajectory, otherwise known as a flop shot, slightly open your club face and stance, but still maintain that your club face stays perpendicular to the target line.

When pitching, position the ball in line with the center of your chest in order to launch the ball in the air from getting the club face under the golf ball.

Unlike chipping, hitting a pitch shot requires you to evenly distribute your weight between both legs to prevent topping the golf ball or ballooning.

In order to jump the ball up and towards the hole and stop after a bounce or two, produce wrist hinging and arm rotation when you play this particular short game shot to encourage the proper angle of attack and clubhead speed needed. Just like a chip shot, a pitch shot requires much less than a full swing.

When making impact, you want to first strike the ball and then the ground. Doing so will lead to better control and spin.

Normally, chipping would call for pitching wedges, a sand wedge, 9-irons, or 8-irons while the right club for pitching would be anything between a lob wedge and a gap wedge.

But the latest short game club innovation from the golfers at Pyramid Golf does the job of multiple clubs - like a Swiss Army Knife for your short game shots - so you can whittle down the number of clubs in your bag.

The P3 Pharaoh Scoring Wedge, the new short game weapon with the perfect chipping technique built right into it, can be used for:

1. Precision chipping from just off the green

2. Hop-and-stop pitch shots from any kind of lie

5. You can even use it out of the sand 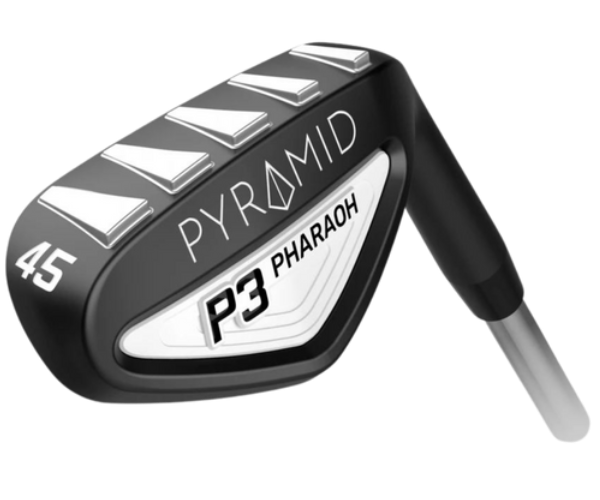 Whether you're chipping, pitching, or any short game shot in between, the P3 Wedge can do it. Get yours today and join the thousands of golfers who own the ultimate utility wedge for conquering every short game shot.

Is it Better to Chip or Pitch?

If you're close enough to the green and don't have any obstacles to overcome, it's better to hit a chip shot. If you're up to 30 yards away from the green, have to hit from an unfavorable lie, or the back of the ball isn't visible, pitch it.

Is Pitching the Same as Chipping?

While they're both similar, pitching is different than chipping. Hitting a pitch shot is better for instances where you need height and distance, whereas chipping is best suited for shots closer to the green that require more distance and rolling than a putt.

At What Distance Does a Chip Become a Pitch?

A chip becomes a pitch when the green is more than three feet from the fringe. You can hit pitch shots from up to 30 yards away from the green.